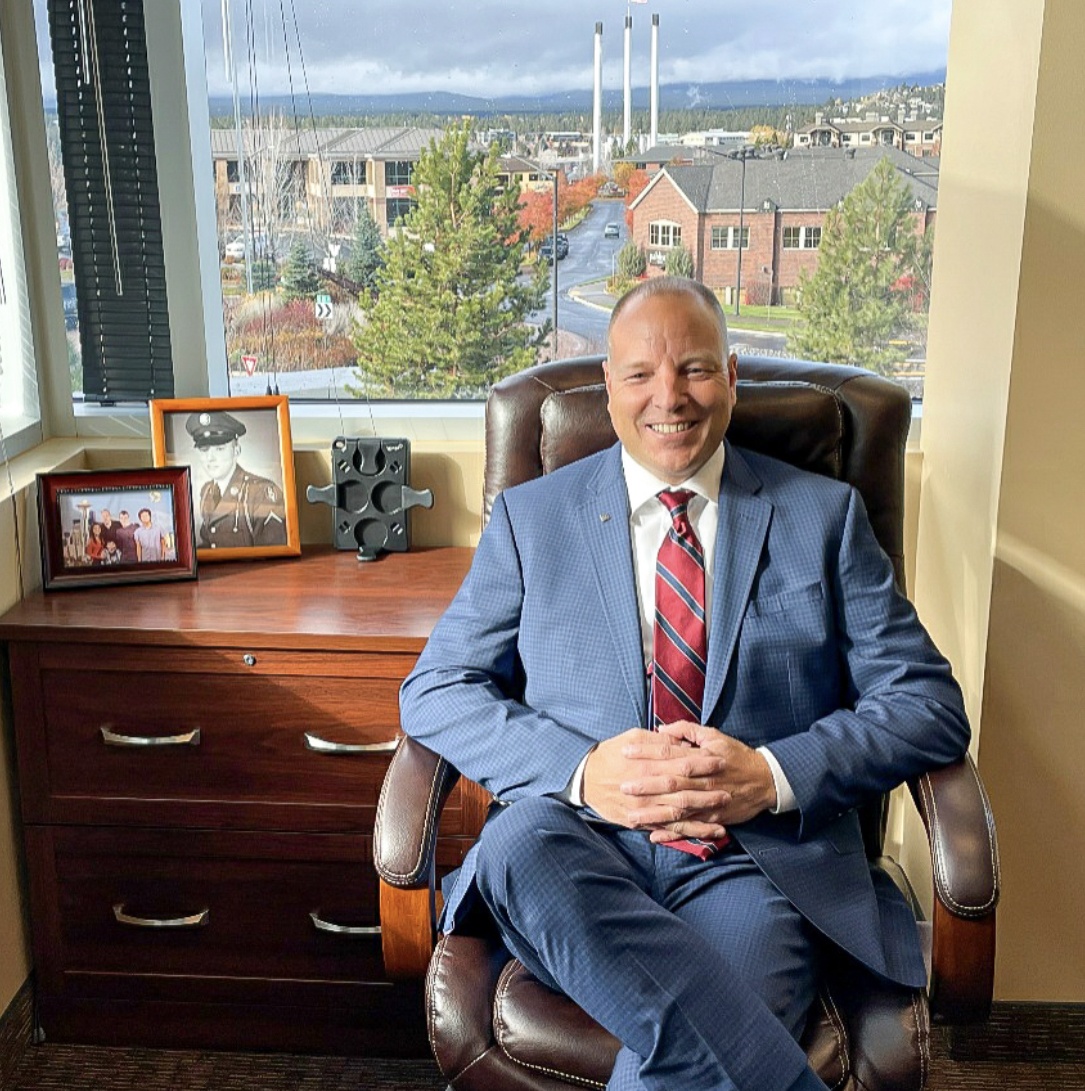 Steve Elwell, CEO of WingoCase -Ambulant Inc, is a CEO in the truest sense of the word. He has the unique ability to lead a call with shareholders and investors and then tackle everyday issues that the organization faces in its current high growth phase. He has a proven track record growing and leading and scaling organizations in the medical device industry, and he has brought that vision to WingoCase. Steve is a little bit of a “throwback” CEO because of his focus on having personal relationships from the executive team to the back-office staff.

Steve is a Washington State native, and Jim Sinegal, the founder of Costco, has always been a role model. Steve has always been passionate about taking care of his employees – a philosophy he adopted from Sinegal. Steve unequivocally believes that the most prominent advocates for a company are its employees, “If you go the extra mile to take care of your people, it creates a cyclical energy that benefits the organization in the long run.”

The Science behind the Company

The “science” behind this product is a 12-inch wooden ruler! WingoCase’s Founder, Cole McGowan, was home for a family weekend, and his Father, who has arthritis, had purchased a tablet so he could read books but was having to put the tablet down because of the excessive grip pressure required to hold it. To make the tablet easier to control, Cole’s Father taped a 12-inch wooden ruler to the back of the tablet, which effectively created “wings” that extended beyond the perimeter of the device and enabled him to hold it effortlessly.

Cole realized that tablets and phones were hard to hold, and he immediately secured two utility patents around creating independently deployable “wings” that make tablets easier to control.

The initial vision of Wingo was to create an ergonomic holding solution for phones and tablets. As the company grew, they quickly realized that, in addition to making phones and tablets more manageable to hold, consumers also needed the ability to make their phones and tablets stand up in both portrait and landscape mode. To raise the bar even higher, the company realized that a variable angle stand did not exist in the market, so they  set out to create a stand that could be adjusted to any angle without physically modifying the stand. After months of prototypes and tests, Wingo recently released their first phone accessory that incorporates Variable Angle Stand Technology (V.A.S.T.). In short, Wingo developed a proprietary friction hinge that enables consumers to securely stand their phone at any angle (landscape mode). “Smartphones are extremely powerful and we believe that people are capable of doing amazing things with their phones. At Wingo, we want to remove restrictions that limit the power of people and their devices and our Variable Angle Stand Technology (V.A.S.T.) accomplishes just that,” says Steve.

Made for the People

While other companies promote features of their accessories, Wingo puts people at the center of every design decision. How can we make it more comfortable? More usable? More intuitive? Wingo is the first tech accessory company that focuses on the well-being of the person holding the device and protecting the device itself. Let’s face it – tablets and phones are extensive and challenging to hold. Wingo’s patented independently deployable wings that incorporate Variable Angle Stand Technology (V.A.S.T.) is the critical differentiator and separates us from the other significant players in the space. The patented wings allow consumers to hold tablets without applying excessive grip pressure and while maintaining a neutral wrist position.

“In an instance, our EVP Mark Freeland was on a plane heading to the Bay Area to meet with some clients in Silicon Valley and the gentlemen next to him was returning from a conference where he had won the conference raffle and one of the gifts was a “stand” for his iPad,” elucidates Steve. “After about ten minutes (and a lot of stress) of trying to set up his “stand” on which he planned to rest his iPad to watch a movie, our EVP pulled his iPad and effortlessly deployed one wing on the WingoCase, adjusted the variable angle wing to get the proper viewing angle and was set. The gentlemen to his left looked at our EVP and said “Are you serious? Where can I get one of those?” Needless to say, we had a new customer for life.”

According to Steve, the most significant achievement of Wingo is that Wingo’s products adapt devices to humans. Wingo inherently believes that people are capable of amazing things with their instruments. Our technology is designed to make devices easier to use, more functional, and a natural extension of the human body. “When your personal device feels like a natural extension of your body, you can do anything and have unlimited freedom in how you work, play, and create.”

Wingo plans to launch a product before the end of the year with the Wingo technology incorporated but designed specifically for phones. The product is agnostic, and simply an adhesive and will fit almost any phone on the market. The product is the first of its kind to have a wing that extends beyond the phone’s perimeter so consumers will have several holding options (both left-handed and right-handed), and the wing incorporates Variable Angle Stand Technology (V.A.S.T.). “Imagine having the ability to watch all of your favorite shows on your phone without having to lean it up against something! Stay tuned to wingocase.com for the launch,” says Steve.

Wingo’s mission is to create the most comfortable and versatile digital accessories that remove limitations between people and devices. As the average daily usage of mobile devices continues to rise globally, the frequency of RSIs (Repetitive Stress Injuries) continues to increase. “At Wingo, we take this very seriously. The genesis of Wingo emerged from a desire to help people. Quite simply, we knew that mobile devices were only going to be more prevalent in our daily routine and we wanted to be the first company that not only protected the device but considered the well-being of the person holding the device. We want our customers to be free to soar and will continue to put people and their well-being at the center of every decision we make as a company,” adds Steve. 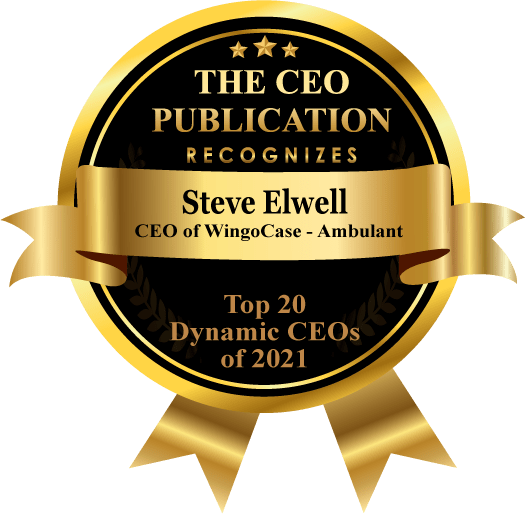 "Cole realized that tablets and phones were hard to hold, and he immediately secured two utility patents around creating independently deployable “wings” that make tablets easier to control." 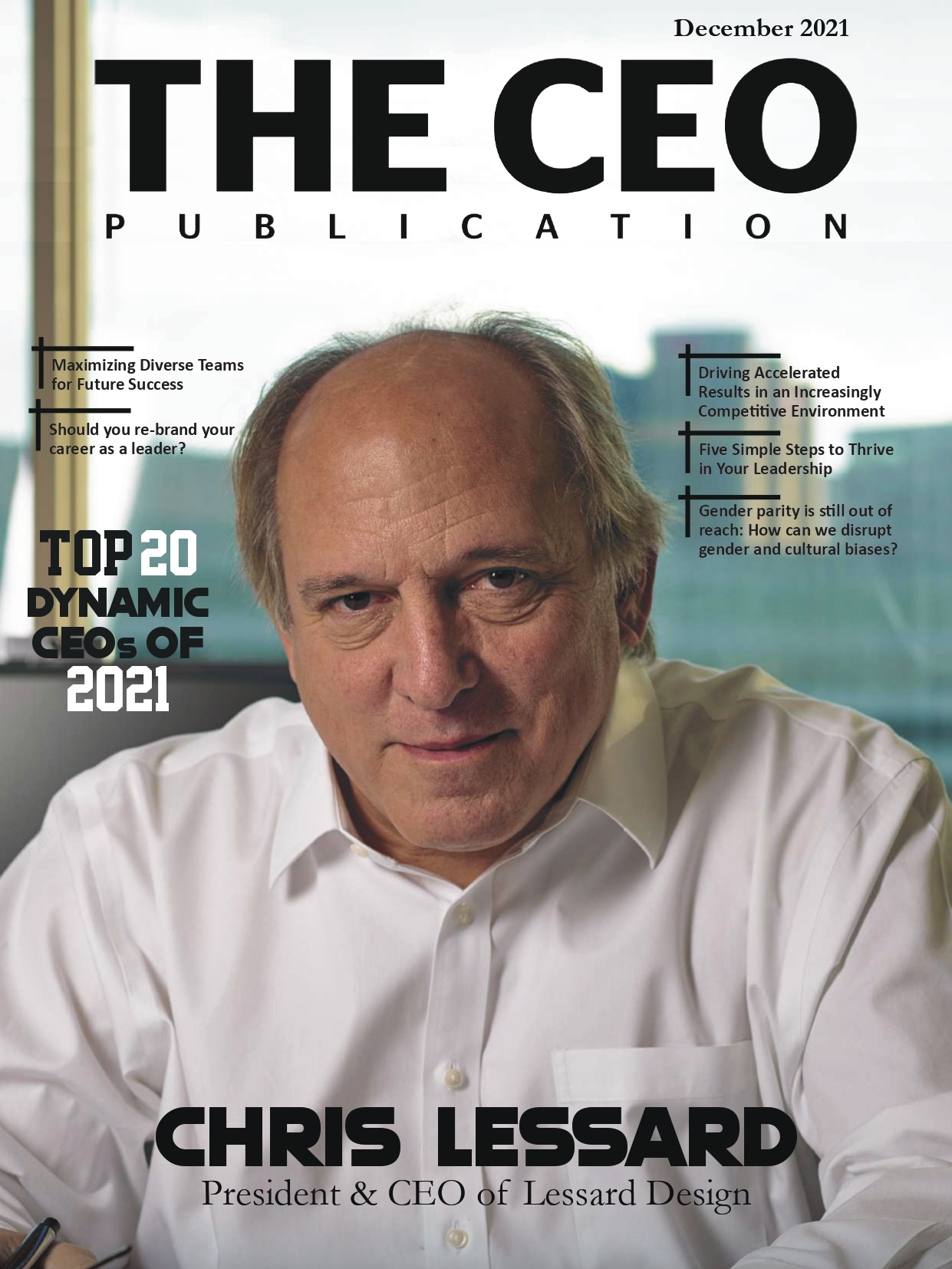